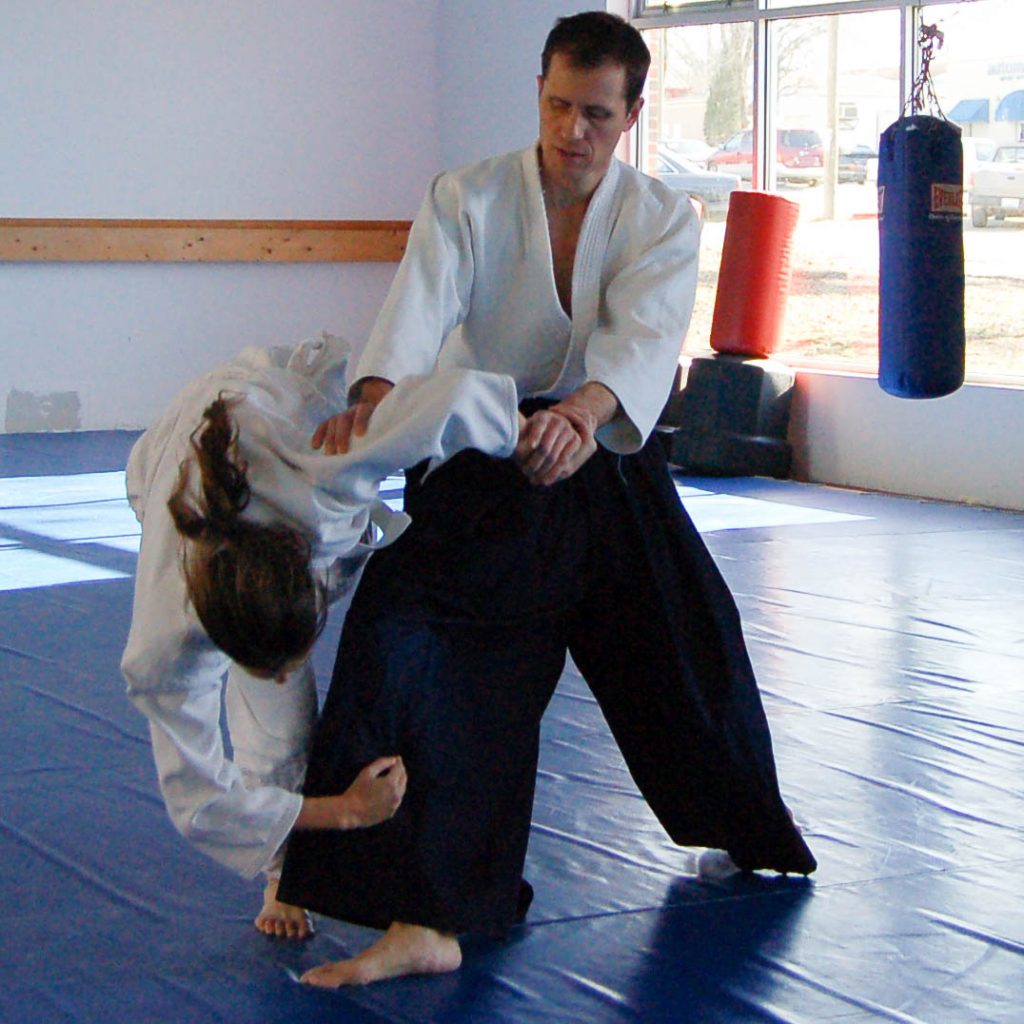 Aikido is a traditional Japanese martial art that is practiced for both self defense and inner development.  Aikido emphasizes a peaceful resolution to conflict, using circular body movements to redirect an attacker’s energy.

Similar to judo, Aikido is originally based on a form of jujutsu. But the art was dramatically transformed by its founder, Morihei Ueshiba, in the years after World War II in Japan.  His philosophy of peace and reconciliation is a key foundation of the art today.

Most forms of Aikido are non-competitive and can practiced by people of all ages.

Carrboro Aikido classes are every Wednesday evening, 6:50 to 8pm, at the Balanced Movement Studio in Carrboro. 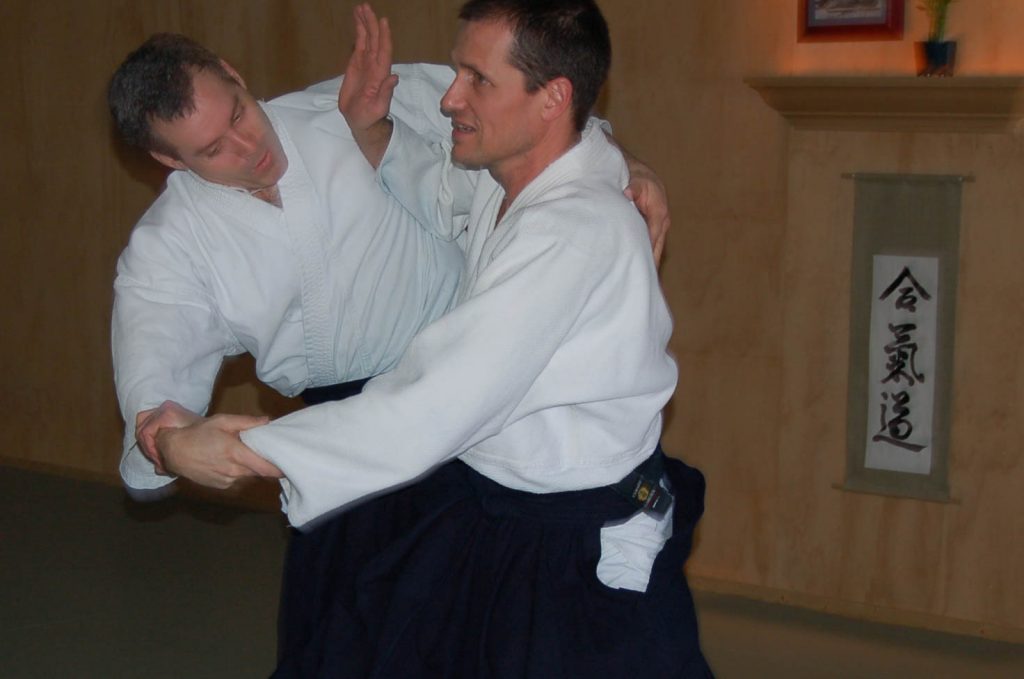 Charlie Hileman began his training under Paul Sylvain, Shihan (master teacher) of Valley Aikido.  Charlie’s primary teacher has been Steve Kaufmann Shihan of Open Sky Martial Arts.  He has taught Aikido classes throughout the area for over two decades and one of his students is his son, Sam.

Our classes usually including training in jo and bokken, two of the wooden weapons used in Aikido.

Aikido is normally practiced in a "gi". For your first class, wear sweats or tights and ideally a long sleeved shirt.